A cookie is information stored on your computer by a website you visit. Cookies often store your settings for a website, such as your preferred language or location. This allows the site to present you with information customized to fit your needs. As per the GDPR law, companies need to get your explicit approval to collect your data. Some of these cookies are ‘strictly necessary’ to provide the basic functions of the website and can not be turned off, while others if present, have the option of being turned off. Learn more about our Privacy and Cookie policies. These can be managed also from our cookie policy page.

IE10 and below are not supported.

Thank you to the thousands of community members who helped create Wagga View –Community Strategic Plan 2040. The overarching document, which informs all of the City of Wagga Wagga’s plans and strategies, was officially launched on Wednesday 12 April 2017. 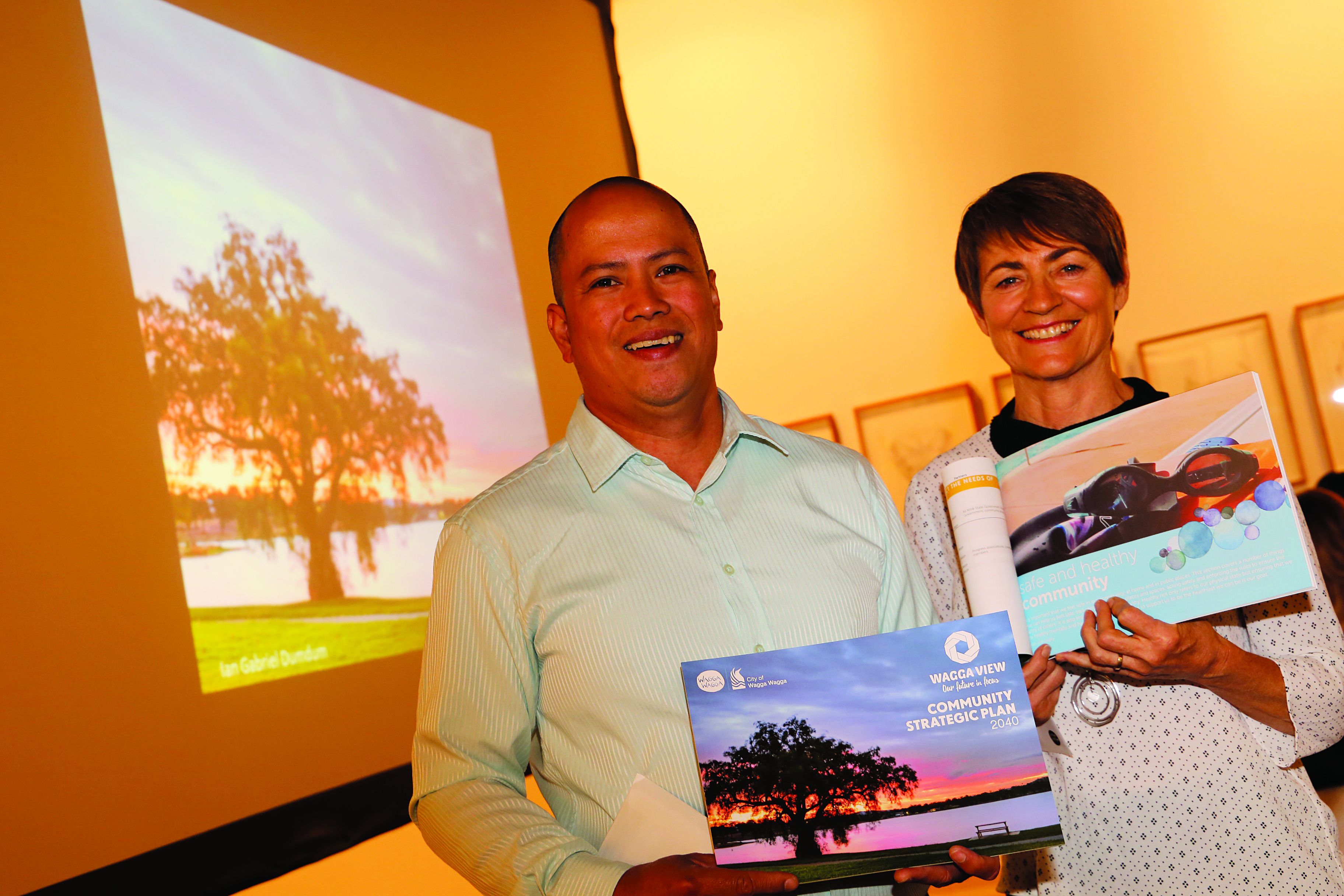 Along with capturing the community’s vision for the future, Wagga View also featured residents’ images through a photo competition. The deserving winners were on hand to receive their prizes and were excited to take a look at Wagga View and see their photos in print. The winners were Ian Gabriel, Shennon Billingham, Vicki Langley, Caroline Cattle and Neil Holmes. WaggaWagga.TV was also recognised on the night for their help in capturing the Wagga View journey.

Hard copies are now available from the Customer Service Counter at the City of Wagga wagga Chambers on Baylis St, Please feel free to pop in and grab a copy.